The Mystery and Magic of Iquitos: The Iron House by Gustave Eiffel

The Peruvian Amazon is a unique destination offering an experience full of adventure.

A vast variety of species inhabit the region and there are many tourist attractions embodying its exotic culture and traditions.

La Casa de Fierro in Iquitos (The Iron House) is one of the most emblematic spots for your list of places to discover, in this magical city. Would you like to know more? Keep on reading! 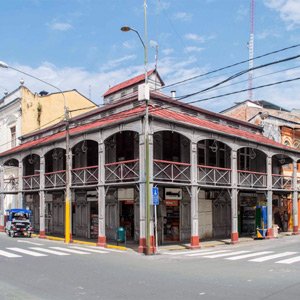 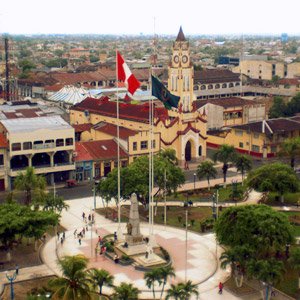 In the beautiful downtown of this Amazon city, between Próspero and Putumayo roads and facing the Main Square, you’ll find La Casa de Fierro Iquitos, a reflection of the prosperous industrial history of this place.

Back in 1899, during the International Paris Exposition, rubber magnate Julio H. Toots, bought La Casa de Fierro, designed by Gustave Eiffel in Paris. Toots not only wanted to own something which represented the high technology of the time, he also wanted to demonstrate his business success and his recent fortune, outcome of the rubber economic boom.

The golden age in Iquitos, also known as the “rubber boom” or the “rubber golden age”, was named like that because of the economic and social growth in Amazon countries, such as: Brasil, Bolivia, Colombia and of course Peru. In a large degree, this was due to the higher demand of rubber which resulted in all rubber producers enriching themselves quite quickly.

Thus, the extraction and commercialization of this material, brought an evident economic boom, social growth and increase in acquisitions, contributing to the architectonic improvement of the city. In this way, during the rubber boom, Toots bought the structure with the idea of transporting it to his farm in the heart of the Peruvian Amazon. 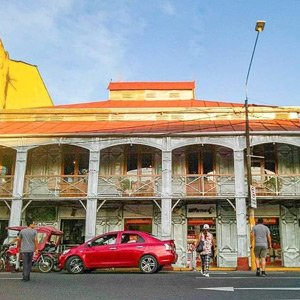 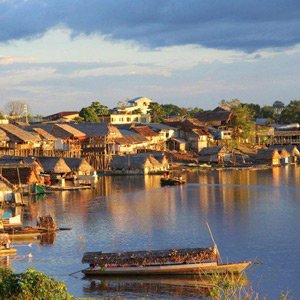 2. The arrival of the Great House in Iquitos

The exact way in which it arrived to the city, is today a mystery since Iquitos is a river city and has no road access. Transporting a structure as huge and heavy as the Great House, was definitely not an easy task.

It seems that Toots, asked the engineers to separate the structure in two equal parts creating two twin buildings. One of them was mounted on the Brazilian ship Perseverança, crossing the Atlantic Ocean and sailing upriver through the Amazon.

Hundreds of men had to carry the large iron sheets needed to built the house, all the way through the Amazon Jungle until reaching the city.

A true architectonic gem! This peculiar metal house is one of the treasures you wouldn’t have imagined to find in the Amazon Jungle. Having been there for over 100 years, it is an architectonic and cultural icon in the Peruvian Rainforest.

Its tropical design with European style has a squared shape and large balcony windows, forming a great gallery which allows the breeze in and protects the center of the building from the harsh sun. Additionally, it has a panoramic view towards the Main Square. 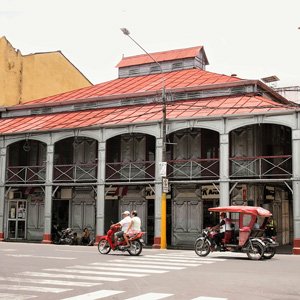 Discover it for yourself! Plan your next trip to Iquitos together with Jungle Experiences. A unique city built in the middle of the Jungle, carrying in its streets mysterious legends and stories from other times.

In addition, all our experiences include the opportunity to embark on different tours in the Peruvian Jungle, before and after boarding one of our magnificent cruises in the Amazon.

Keep your eyes open and don’t miss out a thing! The gateway to the Amazon brings you a world of magic and history, as soon as you set foot in Iquitos.

Check out our upcoming departures and prepare yourself for your trip to Iquitos. One of the most inspiring and once-in-a-lifetime experiences you’ll have. Discover this fabulous city and the Peruvian Amazon, together with Jungle Experiences!